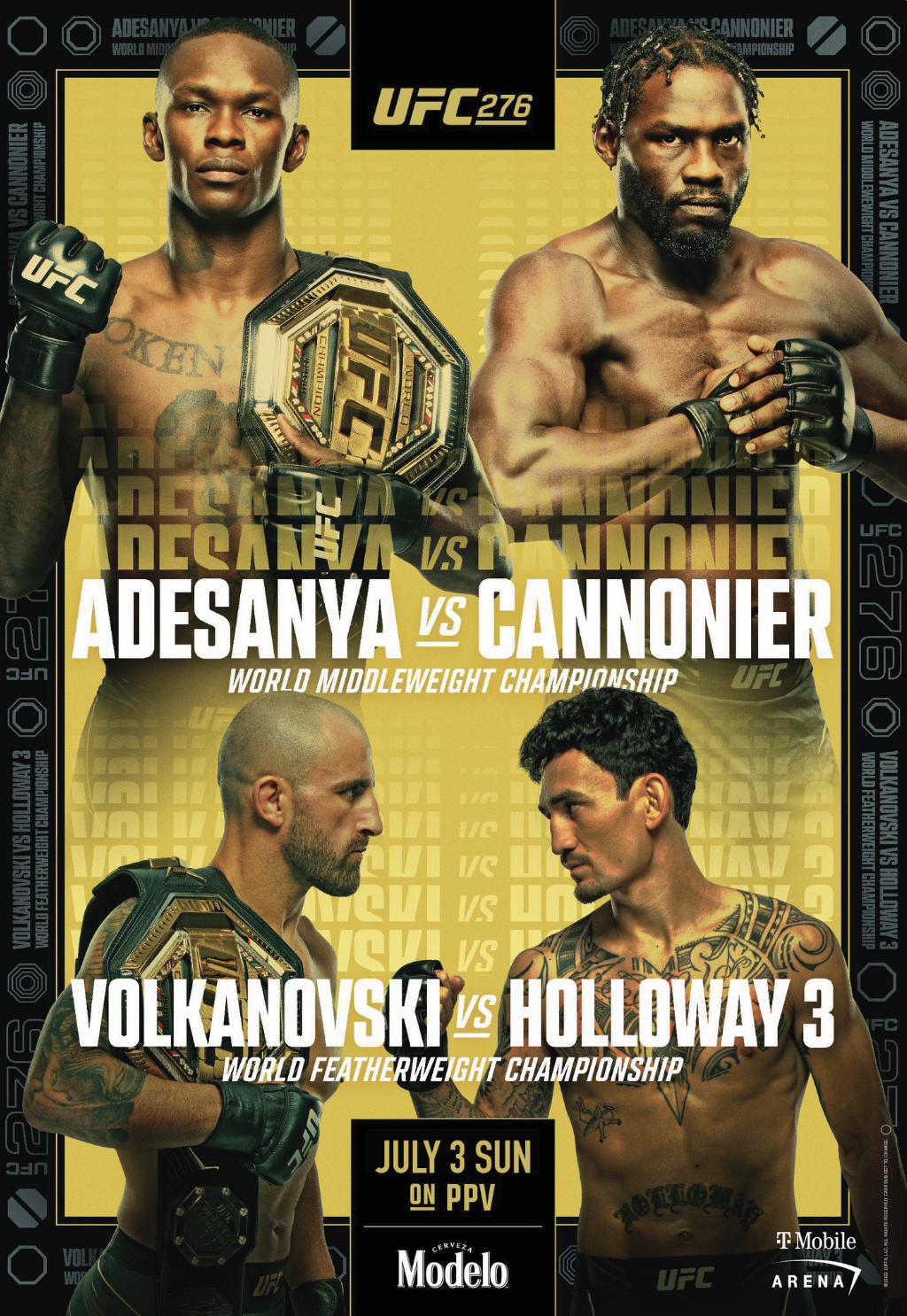 Hotel Brighton is OPEN every Sunday, making us your home of UFC in the Brighton! With multiple screens around the venue, you’ll have a great view of all the action from every vantage point!

Adesanya attempts the fifth defense of his middleweight title against Cannonier, who’s won two straight after a loss to ex-champ Robert Whittaker dashed a callout from the champ. Holloway, a former featherweight champ, makes his second attempt to win back the belt he lost to Volkanovski in a contentious decision at UFC 245. Since a second loss to the champ at UFC 251, Holloway has won two straight to return to title contention.

Our kitchen & bar will be open from 11am! For large group bookings contact manager@hotelbrighton.com.au